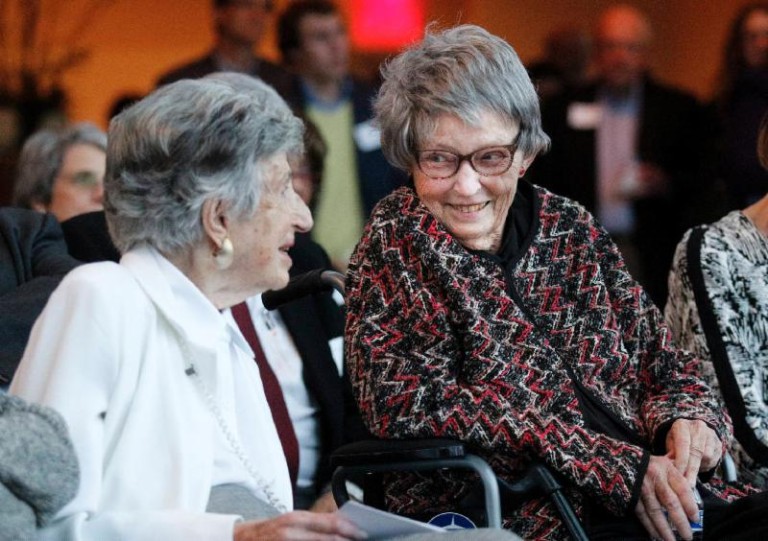 As Women’s History Month begins, the United Way of Greater Chattanooga celebrates Mai Bell Hurley, a woman whose vision, energy and commitment to community changed its landscape, brightening the future for children and families.

In 1887, a woman was one of four visionaries who established the first coordinated campaign supporting philanthropy in Denver, Colorado, a movement that became the United Way. From its inception in 1922, the Chattanooga agency, its annual campaigns, and the programs it has supported had women in leadership roles. In 1967, three women were added to the Board; Mrs. Gordon P. Street, Mrs. John T. Lupton, and Mrs. Ruth S. Holmberg, and in 1971 Mai Bell Hurley was among twelve honored for their long-term volunteer support.

By 1980, Mai Bell Hurley and Ruth Holmberg were members of the board and leaders in the city’s cultural and physical transformation. Mai Bell became both the first woman board and campaign chair, her efforts outperforming previous years while also spearheading community initiatives like Success by 6, later called Project Ready for School, the 211 Community Help Line, and the Building Stable Lives program.

A graduate of Bright School, the Girls Preparatory School, and the University of North Carolina at Chapel Hill, she loved learning, connecting people and had a deep commitment to her community and its children. Marie Hurley Blair, her daughter, recalls that, “As a high school point guard, she developed a knack for putting together a successful basketball team, making key plays possible by highlighting the talents of its best players,” reflecting that this same talent characterized what became a career in municipal government and community service.

At the helm of the Chattanooga Venture project Mai Bell worked to use community engagement to effect fundamental changes in how the city viewed itself while establishing goals for its future. With Reverend Robert Keesee and Moses Freeman as her Vice Chair and Second Vice Chair, she devoted tireless efforts to achieving that goal for her Chattanooga, a city that had lost its hope and identity. Jack Murrah, of the Lyndhurst Foundation, captured the spirit of the process, saying “You will make a good community by lifting people’s vision and spirit,” and under her leadership they did just that.

The landscape of the riverfront changed, the voice of its people was amplified and their vision built a beautiful city. An icon of community service, active in the civic life of the city and the arts, social services, education, and church organizations, Mai Bell’s work helped build a better future.

When a successful 1987 challenge to the City’s system of governance mandated a new form, community leaders encouraged Mai Bell Hurley to run for City Council. Her success continued and she was appointed by President Reagan to the National Commission of Children, serving with leaders like Senator Jay Rockefeller but never afraid of being the only woman in a room. Her intellect and skill at connecting disparate people made her a leader in every effort, serving on Chattanooga’s City Council for eleven years, and as its chair for two. That legacy continues to uplift families, protect children, and inspire future female leaders, reflecting the United Way mission to build a community where all people can achieve their full human potential through education, stability, and health and well-being.