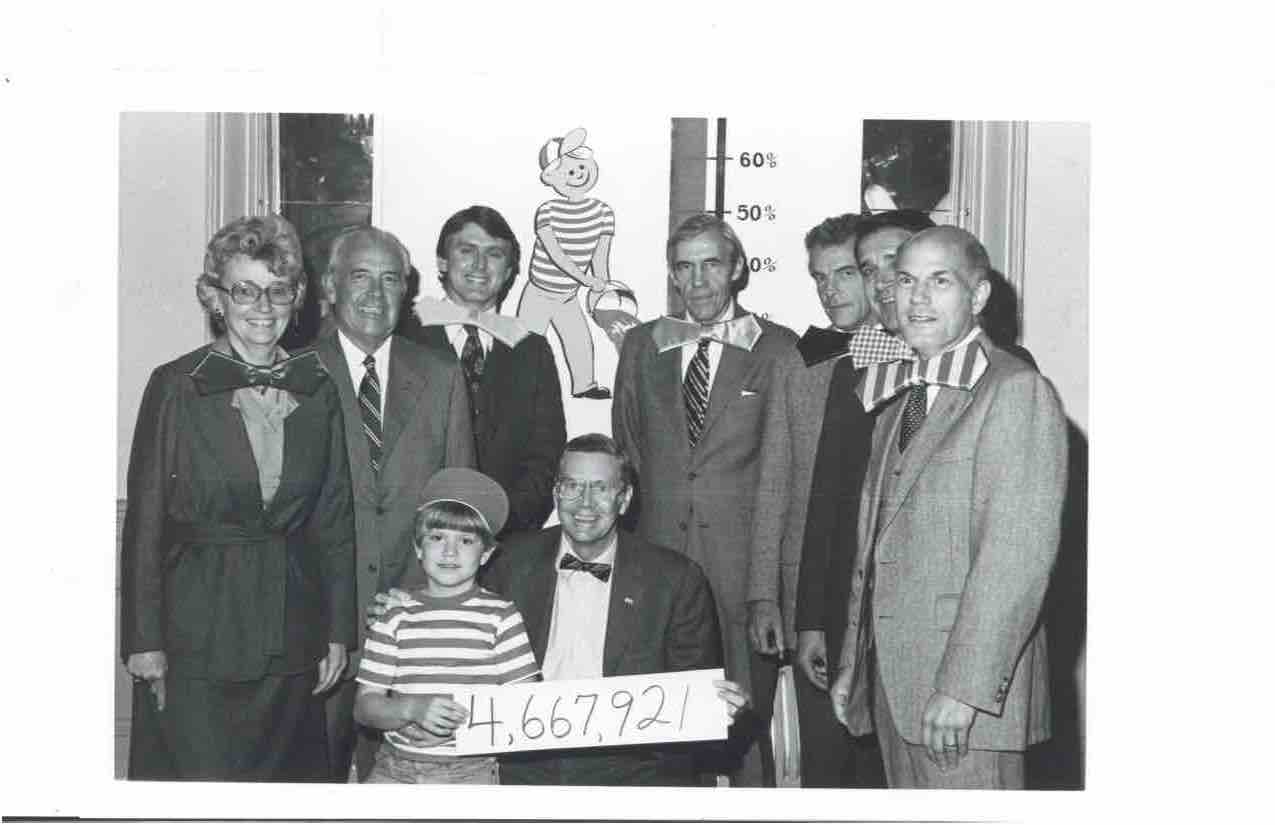 Tennessee has been noted throughout its history for the volunteer spirit of its citizens and their willingness to defend their country and their neighbors. Established in 1922, the agency that would become the United Way of Greater Chattanooga led the way with business executives who exemplified service, reflecting the intersection of volunteerism and leadership.

In 1885, Harry Scott Probasco visited Chattanooga from Lawrenceburg, Indiana and decided to make it his home, establishing a banking business with F.F. Weihl, which became the Bank of Chattanooga, and through mergers and absorptions, American National Bank, First National Bank, SunTrust and now, Truist. Harry was reported to have rescued Alice Gray Moore when the Ohio River flooded her home and brought his bride to Chattanooga to begin a family who would, over a hundred years later, still be serving their community and neighbors.

Born in 1928, his grandson Scott “Scotty” Probasco, Jr. was both businessman and philanthropist, scion of a family with a storied history of generations of banking who traced migration from Madrid, Spain to the Netherlands, converting from Judaism to Protestantism along the way. As a college student at Dartmouth, Scotty was a cheerleader and considered a career in ministry before joining the family business. Famous for his iconic cheer “Great Work,” his professional and philanthropic leadership reflect a synthesis of service and business.

In 1982 Probasco, his leadership reflecting a family tradition of commitment to the United Way of Greater Chattanooga, became Chairman of the first ‘Loaned Executive Program,’ to catalyze people and organizations and their commitment to create real social change leading to better lives and healthier communities. As the community was on the cusp of its innovative change, disparate networks and community organizations existed to serve citizens and amplify the voices of people in need. As Chairman, Probasco set an example leading executive-level individuals who were released by their employers for a period of nine weeks to assist United Way volunteers and professionals in conducting the national campaign and promoting the agency throughout the community. These ‘Loaned Executives’ were immersed in a ground-level education on the agencies supported by the United Way, their missions and both the people they supported as well as the volunteers providing the services.

Cindy Wood, a member of the 1982 inaugural ‘Loaned Executive’ cohort, was a young executive at First Federal Savings and Loan, describing her experience as changemaking as it introduced her to the myriad of need and abundance of generosity that came together under the umbrella of United Way of Greater Chattanooga campaign and programming. Early in her career, this experience “meeting amazing people and learning the ways the United Way impacted people” influenced future roles at Provident. Today, Cindy reminisces that the opportunity “gave her more latitude as a woman in business because of the networking through their support of disparate networks coming together in the shared goals of the United Way.”

Insurance, community health and philanthropy are intertwined in the volunteer work of the United Way of Greater Chattanooga and the people from all disciplines and professions who work together to achieve the city’s common goals. The ‘Loaned Executive’ program is just one example of the myriad of opportunities for everyone to serve, highlighting their talents to the betterment of their community and the support of their neighbors in need.