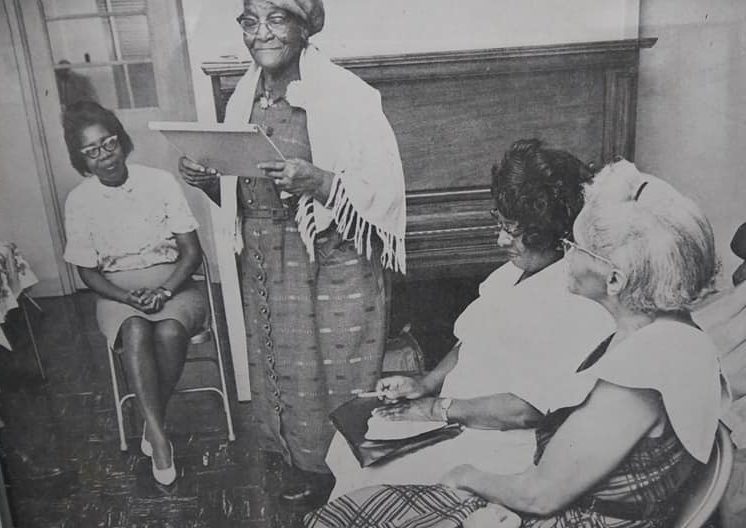 During the Civil War, Chattanooga was among the northernmost Southern cities, a refuge for African Americans fleeing slavery and a community under siege as both Union and Confederate armies fought to control it. Entrepreneurs like William “Uncle Bill” Lewis, a blacksmith who bought his freedom, and men like Mark Thrash and Hubbard Pryor, former slaves who fought for their country, were vital parts of the foundation that became the ‘Dynamo of the South.’

As Chattanooga grew, “Camp Contraband” became Hill City, men of color were elected as Alderman, and the city’s natural resources and strategic advantages made it a hub of regional industry. In contrast to the business boom, fear coursed through the growing community as recurring flooding brought disease, dread, and loss, leaving orphans, widows, and infirmity in its wake.

Churches and charities struggled to support victims of disease when, in 1922, a movement was born that changed the trajectory of charity. Chattanooga’s Community Chest, now the United Way of Greater Chattanooga, was established to unite people and resources in building a stronger, healthier community, work that continues as it approaches its centennial celebration.

As we honor Black History Month and celebrate the contributions and achievements of Chattanoogans of color, leadership, innovation, and education intersect under the umbrella of the United Way of Greater Chattanooga. In 1942, world war waged, communities were mobilized, the country was humming Glen Miller’s “Chattanooga Choo Choo” and segregation was the law of the land.

The Chattanooga Area Literacy Movement, a UWGC-funded agency, introduces us to another remarkable Chattanoogan. Mary Hardaway Walker is a moving example of community and commitment, her life and legacy an inspiration to all. Born into bondage in 1848, Mary was 15 when the Emancipation Proclamation freed her, but she couldn’t read the document. She married, had three sons, and spent her life caring for others, cooking, cleaning, and dedicating her life to serving her church. Mary Walker was 69 when she and her family moved to Chattanooga and her service to others continued.

When she was 114, Mary had outlived her husband, all three of her children and was known to be one of the last surviving former slaves. In 1963 Mary, with a twinkle in her eye, did something for herself and joined the Chattanooga Area Literacy Movement, a program supported by the United Way and hosted at her retirement home, a building now named in her honor. Regular classes, a dedicated teacher, and a courageous spirit guided Mary’s adventure as she learned to read and became known as “America’s Oldest Student.” Her feat galvanized people across the country and this woman who spent her life serving everyone but herself became a celebrity, met two United States Presidents, and spent her final years as Chattanooga’s Ambassador of Goodwill. Her legacy continues to teach today, her story serving to inspire people of all ages.

The United Way of Greater Chattanooga is dedicated to amplifying the stories of the agencies it supports and to uniting people and resources in building a stronger, healthier community, work that continues as it approaches its centennial celebration.