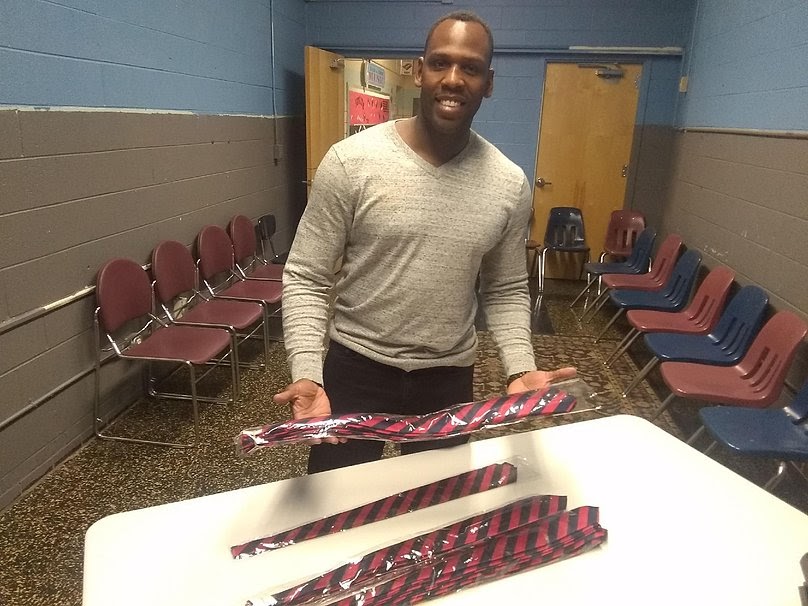 Over the past month, we’ve turned our attention towards ACEs and toxic stress. ACEs stands for Adverse Childhood Experiences. Given the state of the pandemic, children are being exposed to ACEs and toxic stress now more than ever, and both can have a negative impact on health outcomes later in life.

Every child in our community deserves an equal opportunity to live a healthy and successful life, regardless of their zip code or family situation. With a deeper understanding of the ACEs framework, we can better understand the factors that affect an individual’s health.

Thankfully, despite tragic situations, some people take their painful experiences and use their story for the greater good of their communities — people like Allen Green. After learning about Adverse Childhood Experiences and how they contribute to long-term health outcomes, Allen was able to understand his own story and build resilience — so much resilience that he now works to lead others through the same framework and healing process. We had the opportunity to connect with Allen and hear how he was able to beat the odds stacked against him. Allen’s story is a real and hope-filled example of how an understanding of ACEs and our partners who work with ACEs victims can truly change lives.

Allen grew up in downtown Chattanooga with his mother and siblings, and his childhood was marked by toxic stress starting at a young age, not long after his father left. Shortly after, Allen’s mom’s behavior began to shift. She began to grow distant and was often absent from Allen and his siblings, which led them to experience a constant shortage of food.

Over time, Allen started to realize his mother was abusing drugs. As the situation grew worse, he and his siblings were forced to fight for their basic needs without any parental supervision. There were several instances where Allen would spend hours searching for his mother in his neighborhood, oftentimes having to force entry into their neighbor’s homes in hopes of finding her.

Survival became Allen’s highest priority, therefore, school became less and less important, and he slowly stopped attending. Not much later, Allen’s mother was incarcerated for her substance abuse, which left Allen and his siblings to fend completely for themselves. With no parents at home and basic needs left unmet, Allen dropped out of school entirely in order to find food and work. His teachers took notice and asked him to come back to school, where he finally confided in an adult about his situation. He began living with one of his teachers, until eventually, that environment turned  toxic as well, and he was placed in a group home.

One group home, then became two and he kept moving between homes lacking any source of stability. Eventually, he landed at a local nonprofit, Bethel Bible Village, and things began to turn around. His house parents cared for him deeply — Allen says it was “where he needed to be to heal.” With a newly found stable home-life, other adults, including Allen’s house parents, mentors and educators, invested in his spiritual, physical, educational and emotional development. As mentioned previously in our interview with Kristen Pavlik McCallie, “having a relationship with a safe, stable adult can be transformative,” and because of these relationships, Allen began to attend classes and play sports again. He worked tirelessly towards applying to college and was admitted to UTC, where he completed his degree.

Throughout his time in college, he stayed in close connection with his house family and shared his personal story with others going through similar circumstances. Allen developed a passion for using his story to help others who experience early childhood trauma and toxic stress and even started a mentorship nonprofit called Pain Perseverance Character Hope, Inc. (PPCH), where he fosters healthy mentorship relationships with adolescents experiencing ACES. After launching PPCH, he began visiting schools, recreation centers and group homes and instituting mentorship programs with the kids there. To better understand his own experiences and build a framework for PPCH’s mentorship, Allen went through ACEs training with Building Strong Brains at the Children’s Advocacy Center, where he learned about the correlation between the number of ACEs a child experiences and poor health outcomes later in life.

“According to the statistics, I should be [experiencing all kinds of health problems],” said Allen. “But I was able to offset my ACEs with positive relational experiences. Now I want to do this for others.” He now teaches his mentees about ACEs in order to help them understand their experiences and outlook on life, and to help them build resilience.

Allen beat the odds against him, but he couldn’t do it alone. With the amount of toxic stress he experienced in his adolescence, his health outlook could have been grim. Through the power of positive relationships and a deeper understanding of his own story, Allen found healing and resilience. He now uses his testimony and perspective to give back to and guide hurting members of our community towards their own healing. In fact, some of Allen’s mentees are preparing to step into mentorship roles on their own — these high schoolers will be meeting with a group of elementary school kids to help them walk through difficult situations.

Allen is actively seeking to further and sustain this kind of connection. He is a true example of what it means to Live United. Stories like Allen’s are what inspire and motivate us at United Way of Greater Chattanooga. One individual cannot navigate toxic stress alone — it took a village to guide Allen through his situation. This kind of transformation is possible for anyone experiencing any problem when we come together — whether it is ACEs and Toxic Stress, financial stability, and more. This is the kind of caring power that connected communities can achieve.

What can you do after hearing Allen’s story?
ACE’s is a complicated issue that affects the lifespan of an individual. The children and youth who are experiencing ACEs in our community need you to get involved. Now that you know more about ACEs and how it helps us understand who is at risk, you’re one step closer to joining the fight. Share this article with someone who could benefit from hearing Allen’s story and encourage them to get involved by giving to our community investment fund. This work is too difficult to do alone, but far too important not to do together.